Southland comes up trumps for investors


Investors keen to pick up a good deal should look south as a new REINZ report shows that Southland is, once again, the country’s highest performing region for residential property investors. 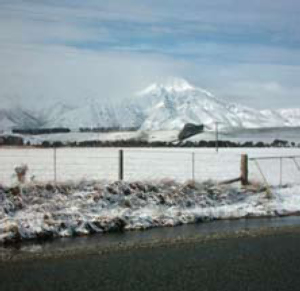 That combination makes it the strongest performing region for residential investors.

Median prices in Southland went from $287,000 to $350,150 in the three months ending March. That means the region’s capital gains increased by 22.0%, as compared to the same time last year.

The West Coast region was the second-best performer for investors. It had the third highest capital gains in the country (up 17.4% year-on-year), along with the highest annual yield at 6.1%.

Third cab off the ranks was the Manawatu-Wanganui region. It had the highest capital gains in the country (up 23.9% year-on-year) and good annual yields at 4.3%.

REINZ chief executive Bindi Norwell says all regions across the country saw a good lift in capital gains for investors due to strong median prices increases; with all but three regions (Auckland, Canterbury and Nelson) seeing double-digit increases.

“Again, Southland has proved to be the ‘standout’ region in terms of providing investors with good returns,” she says.

“That’s a trend we’ve seen for a number of months now, mostly the result of low property prices and good rental returns across the region.

“Additionally, the West Coast has proved to be positive place for investors over the first quarter of the year with the highest yield in the country.”

At the other end of the scale, the report found that Auckland had the third to lowest capital gains across the country (up 7.5% year-on-year) and the lowest annual yield of all regions (3.2%).

This made it the worst performing region for residential property investors.

Norwell says that Auckland’s property prices peaked at $945,000 in March so it’s not entirely surprising that Auckland fell toward the bottom of the table in terms of both capital gains and yield.

“Even though we’re in a post-Covid environment, there is still a shortage of listings which continues to put pressure on investors from a pricing perspective, particularly when they are often competing with first home buyers for purchases.”

Looking forward, it will be interesting to see what level of impact Covid-19 has for investors, particularly when you take into account the rental increase freeze and some tenants’ inability to pay their rent due to job losses, she says.

Construction costs to remain high until 2023 –…

How Much Money Do You Need To Invest In Real Estate? – The…