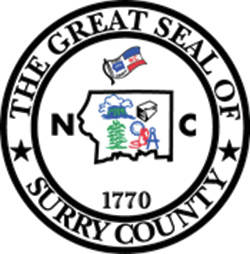 DOBSON — County officials, like leaders around the world, worried last year how to plan for an annual budget in the early stages of a global pandemic.

Would the Surry County Board of Commissioners need to slice costs in anticipation of shortfalls in property and sales tax collections? Or would this turn out to be Chicken Little telling everyone the sky is falling?

So far, the impact of COVID-19 on the budget has been less than feared.

Last May County Manager Chris Knopf told the commissioners that all of the funding requests received from groups such as school districts and nonprofit groups pushed the starting point for the 2020-21 budget to $87.28 million, well above the $80.49 million in that 2019-20 budget at the time.

Knopf not only cut the preliminary requests down to the similar budget range, the county manager went further, going lower than the year before with a total of $78,866,000.

He told the board that by the time the pandemic reached Surry County, his staff members had already submitted their individual department budgets. He returned that paperwork and told them to expect a 10% reduction across the board.

In some cases this meant putting off a needed expense such a replacing an ambulance. Other times it meant not going through with a project or an expected hire.

Don Mitchell, county facilities director, and Myron Waddell, assistant EMS director, both announced their retirements, but several others were laid off.

The reasoning given at the time was simple: sure, people likely would continue to pay their property taxes because no one wants a tax lien on the property. However, sheltering at home would greatly decrease the amount of money people spent on tourism to Mayberry and local vineyards. And, with many businesses still closed in June, officials assumed there would be less spent locally (where sales taxes collected would be shared with local governments).

The next six months proved to be eye-opening.

Not only have property taxes been paid as usual, but sales tax collections from July to November (the latest month for which the state has provided revenue shares with Surry) are actually up from the year before.

Knopf told commissioners that sales taxes are collected at the point of sale and sent to Raleigh. It is three months before the local share of those taxes are distributed.

So in June all he knew was that March 2020 was actually up 4.2% over March 2019 as people stockpiled supplies as they went into sheltering. It was also a common sight to see people at Lowe’s Home Improvement and other such stores buying supplies for renovations, do-it-yourself projects…

How Winnipeg housing prices compare to the rest of the country

AMC to Acquire Theaters at The Grove, The Americana